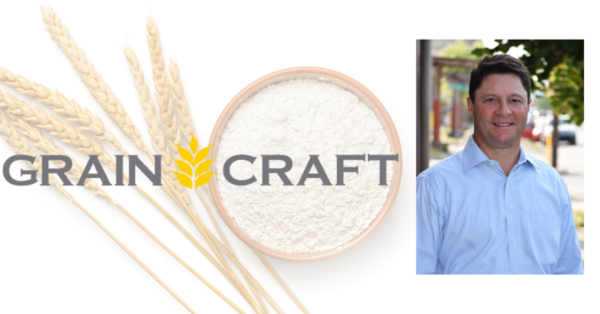 Frederick is focused on establishing and directing both the strategic and financial goals of the company while providing visionary leadership for growth.

He will also continue to serve as a critical pacesetter for the company’s high-performance culture.

Frederick has held the position of President since the acquisition of Cereal Food Processors and the formation of the Grain Craft in May 2014.

Prior to the establishment of Grain Craft, Pete was President of Milner Milling and Pendleton Flour Mills, a role which he was appointed to in 2012.

“He was instrumental in the formation of Grain Craft and seamlessly led the merger of the three companies.

"He recognizes the challenges we must confront and the strengths we already possess to continue to make Grain Craft a leader in the flour milling industry.”

A veteran of the flour milling industry for over 35 years, Frederick began his career with Cargill in 1986 where he held various product line and sales management positions.

He joined Milner Milling and Pendleton Flour Mills in 2004 where he assumed the vice president of Sales position.

Frederick is currently the co-chair of the Grain Foods Foundation and on the executive board of the North American Millers Association.

He has held board positions with the Allied Trades of the Baking Industry and was the co-chair for the Executive Leadership Development Committee of the American Baker’s Association.