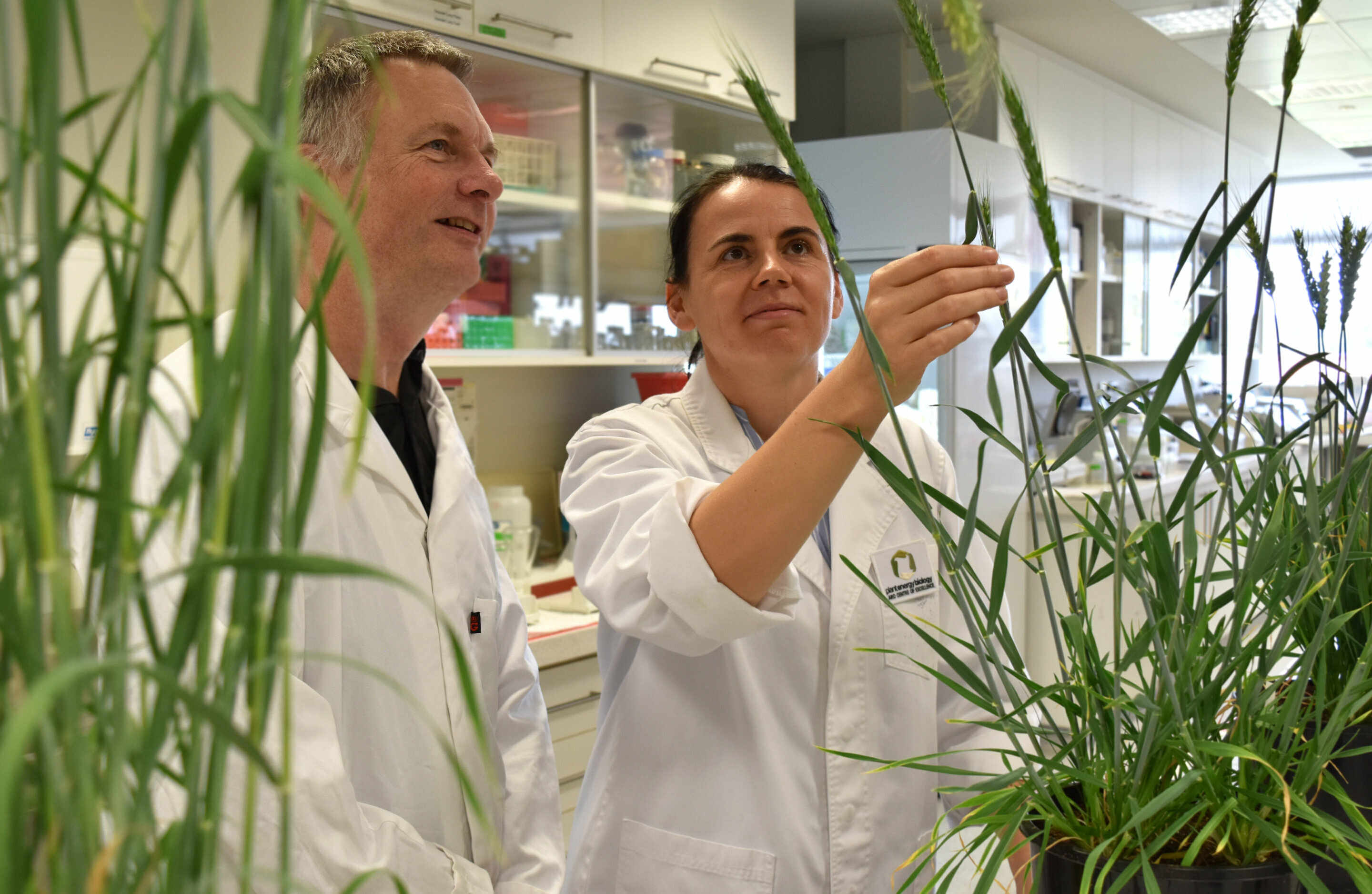 (February 15, 2021) - A new study, led by researchers from The University of Western Australia and scientists and expert plant breeders from Limagrain is set to revolutionize the future of wheat production, with three genes identified that will enable the breeding of hybrid wheat crops that promise higher yields and better disease and environmental tolerance.

Hybrid crops are commonly favored for their attractive agronomic traits and can offer higher and more stable yields than non-hybrid crops. However, while wheat is one of the most important staple crops and provides one fifth of calories globally, hybrid wheat seeds remain difficult to produce on a commercial scale.

Producing hybrid crops requires control of a plant's ability to self-pollinate. This includes inducing sterility when required, as well as the subsequent ability to restore fertility in a hybrid crop end-product. This has proven to be complicated in wheat due to its genetic complexity.

Lead author Dr. Joanna Melonek, from the ARC Centre of Excellence in Plant Energy Biology and UWA's School of Molecular Sciences said the scientists had made the critical finding of two Restorer of fertility (Rf) genes—known as Rf1 and Rf3—responsible for reversing sterility in wheat by switching on pollen production.

"Together with colleagues from Limagrain we have identified Rf1 and Rf3, the two major genes in wheat that restore pollen production in sterile wheat plants" said the study's lead author," Dr. Melonek said.

Professor Ian Small, who led the study at UWA said the identification of these Rf genes was key to enabling the faster development of wheat lines that could be used in crosses to produce hybrid varieties.

In what proved to be a surprising finding, the researchers also identified orf279 as the gene responsible for switching off pollen production in wheat and causing sterility. Orf279 has been previously overlooked because a different gene had widely been believed to be the cause of wheat sterility.

Pascual Perez from Limagrain (the fourth largest seed producing company in the world through its holding, Vilmorin & Cie) who led the research team in France, said the potential of hybrid breeding in wheat had been recognized by plant breeders since the 19th century.

"However, this technology has been under-exploited in wheat because of difficulties in producing hybrids, in spite of major efforts from both the commercial and academic sectors," Mr Perez said.

"Now, thanks to an effective collaboration between UWA and Limagrain, we have the knowledge that will be key for breeders to develop new wheat varieties better adapted to farmers' needs worldwide."

This new understanding of the genetic basis of sterility and fertility-restoration in wheat will drive the development of effective hybrid production systems and be valuable to wheat breeding companies keen to develop new hybrid varieties.

"Our discoveries are an achievement for which plant breeders have waited for decades," Professor Small said.

"It's a real game-changer that will help to accelerate the development of large-scale hybrid wheat seed production."

Provided by ARC Centre of Excellence in Plant Energy Biology