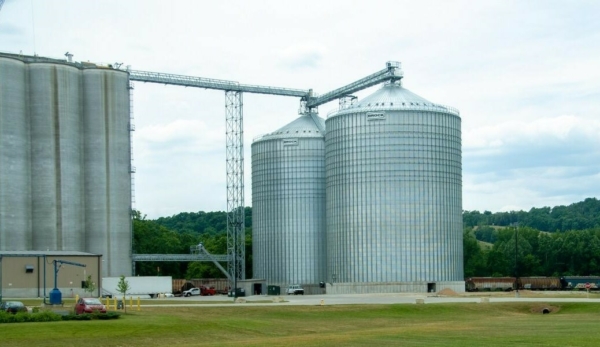 Siemer Milling Company, based in Teutopolis, IL, has more than doubled the wheat storage at its mill in West Harrison, IN, to 2.2 million bushels, compared to 1 million previously.

The new storage consists of two steel bins, each with a capacity of 600,000 bushels.

The bins were made by Brock Manufacturing of Milford, IN, and are 90 feet in diameter by 130 feet tall.

The principal contractor for the project was G. C. Unverfehrt Farm Supply of Centralia, IL.

Opened in 2015, the West Harrison mill has steadily increased production to the point where additional grain storage is an

operational necessity and an economic opportunity.

According to Plant Manager Sunil Maheshwari, “We have been anticipating the time when this investment became a priority, and last year we put it in the budget and completed it just in time for the 2020 harvest in June.”

The West Harrison mill produces 500 tons of flour per day. Most of the flour is made from regionally grown soft red winter wheat.

It is used in a variety of products, especially batters, breadings, and coatings. 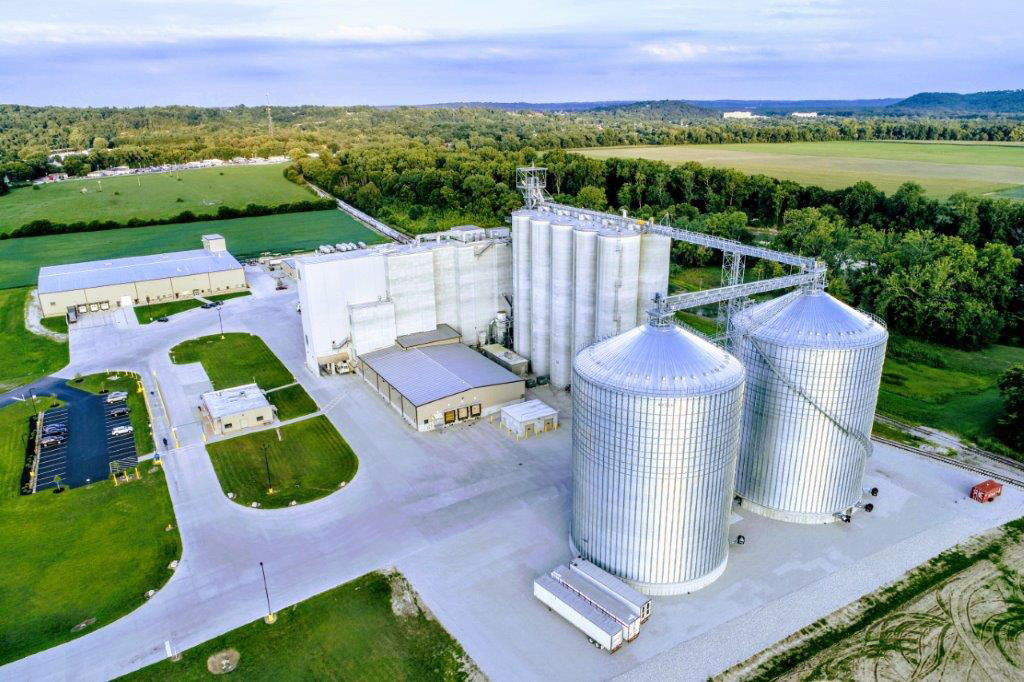