Why I Believe In IAOM ... Pat Eberle, Grain Craft 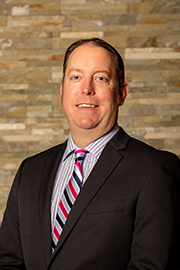 “I first learned about IAOM from one of my first managers, Paul Wiest (1996-97 IAOM president), while in Saginaw, TX.

He encouraged me to join IAOM and get involved in networking experiences in the industry.

“The best things about IAOM, in my belief, are the educational offerings and the networking with colleagues.

Staying on top of an ever-changing technological environment is tough in today’s day and age.

To be able to stay informed of these matters plays a huge role in being able to actively solve the problems that come with it.

Through attending the local meetings and the national conferences, I feel that I have helped develop my skills and created and maintained relationships that will help build a prosperous future.

“I thoroughly enjoy the contacts and friends I have made in the association over the years.

I would highly recommend all new people to the industry to get involved and keep up with industry standards and lifelong friendships with colleagues and vendors.”