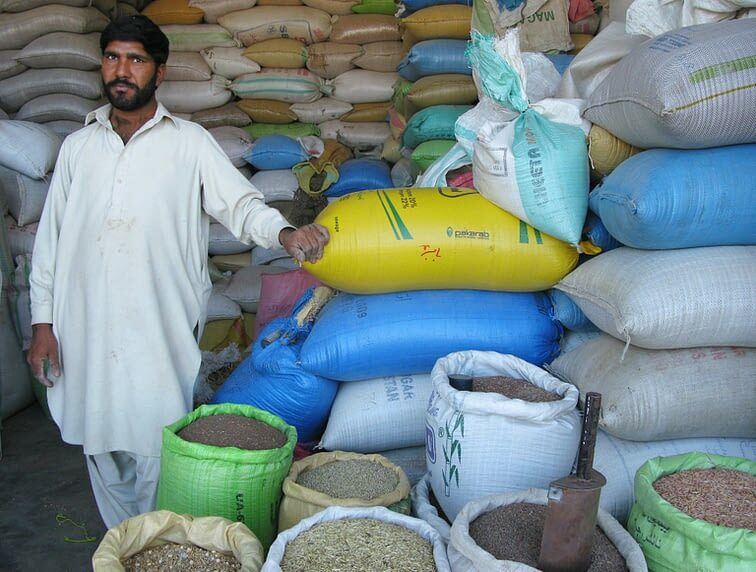 A seed vendor near Islamabad, Pakistan. For improved crop varieties to reach the farmers who need them, they usually must first reach local vendors, who form an essential link in the chain between researchers, seed producers and farmers. (Photo: M. DeFreese/CIMMYT)

(February 23, 2021) - Wheat is not just an essential part of the Pakistani diet, but also absolutely critical to the country’s economy and to the farmers who cultivate it. The government of Pakistan’s goal to achieve self-sufficiency in wheat production just became more attainable with the release of five new wheat varieties. These new seeds could help the country’s 8.8 million hectares of wheat-farmed area become more productive, climate-resilient and disease-resistant — a welcome development in a region where new climate change scenarios threaten sustained wheat production.

The varieties, drawn from germplasm from the International Maize and Wheat Improvement Center (CIMMYT), were developed for different production environments in the Punjab province of Pakistan.

Dilkash-2021 was developed by WRI from a cross with a locally developed wheat line and a CIMMYT wheat line. MH-2021 and MA-2020 were selected from the CIMMYT wheat breeding germplasm through international trials and nurseries.

Subhani-21 and MA-2020 were selected from special trials assembled by CIMMYT for expanded testing, early access and genomic selection under the USAID-funded Feed the Future Innovation Laboratory for Applied Wheat Genomics at Kansas State University, in partnership with Cornell University and four South Asian countries (Bangladesh, India, Nepal and Pakistan).

Over the course of multiple years and locations, the new varieties exhibited a yield potential that is 5 to 20% higher than current popular varieties such as Faisalabad 2008, in addition to good grain quality and attainable yields of over 7 tons per hectare. They also showed an impressive resistance to leaf and yellow rusts, compatibility with wheat-rice and wheat-cotton farming systems, and resilience to stresses.

“It is exciting to see new varieties coming out of these collaborative projects between the Pakistani breeding programs, CIMMYT and the university teams,” said Jesse Poland, associate professor at Kansas State University and director of the Wheat Genomics Innovation Lab.

Closing the yield gap between research fields and smallholder fields

Despite all of these encouraging traits, releasing a new variety is just half of the battle. The other half is getting these new, quality seeds to markets quickly so that wheat growers can realize the benefits. A fast-track seed multiplication program for each of these varieties has been designed and implemented.

“Pakistan has started to multiply early-generation seeds of rust-resistant varieties. These will be available to seed companies for multiplication and provision to farmers in the shortest possible time,” agreed wheat breeder and WRI Director Javed Ahmad and the National Wheat Coordinator Atiq Rattu.

However, the current seed replacement rate is still low, mainly because new, quality seeds are rarely available at the right time, location, quantity, and price for smallholders. Strengthening and diversifying seed production of newly released varieties can be done by decentralizing seed marketing and distribution systems and engaging both public and private sector actors. Additionally, marketing and training efforts need to be improved for women, who are mostly responsible for household-level seed production and seed care.

In 2020, Pakistan harvested 25.7 million tons of wheat, up from 23.3 million tons a decade ago in 2010, which roughly matches its annual consumption of the crop. Pakistan is coming close to its goal of self-sufficiency, as outlined in the Pakistan Vision 2025, Food Security Policy 2018 and Vision for Agriculture 2030. Research shows that the public sector cannot extensively disseminate seeds alone; new policies must create an attractive environment to private sector partners, so that entrepreneurs are also attracted to the seed business. With continued efforts and a bold distribution and training effort, new releases like these will contribute to narrowing the yield gap between research stations and farmers’ fields. 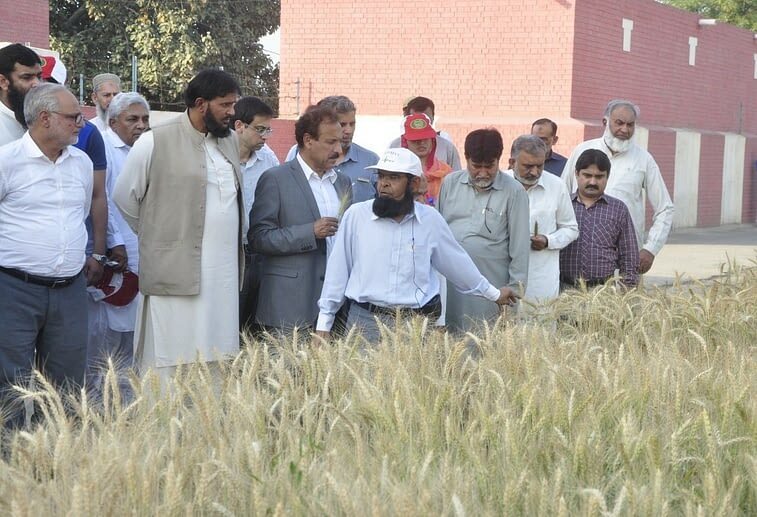 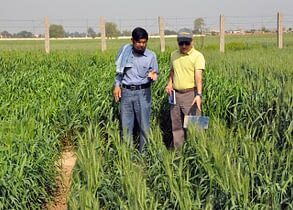