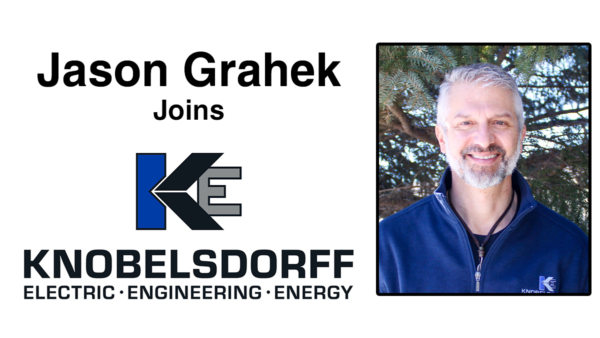 Goodhue, MN — Knobelsdorff (KE) is pleased to announce the addition of Jason Grahek, Business Development Manager, to its growing team.

In this newly created position, Grahek will lead new business efforts by focusing on growing KE’s industrial and automation accounts, as well as participating in a wide variety of company initiatives.

He will play a critical role in growing our business and delivering continued excellence and quality to our customers.”

With more than 20 years of engineering and electrical experience, Grahek began his career as a project engineer for The Lakeland Companies and moved on to focus on sales and business development.

“I’m thrilled to start a new chapter with Knobelsdorff, supporting many of the same customers I’ve had the pleasure of working for in the past,” said Grahek.

“Working in the agriculture and industrial industries, you tend to cross paths with many people at many different points, and KE and I are no exception.

"I’ve been fortunate to have worked with KE over the past decade in a variety of facets, becoming familiar with the way they do business.”

Grahek holds a Bachelor of Science degree in electrical engineering from The University of North Dakota.

A native of Hibbing, MN, Grahek and his family reside in East Bethel, MN.