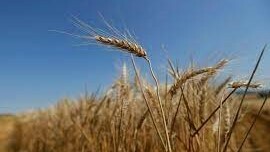 The volume of French wheat exports to China has surged in the past year, as France is among the few approved suppliers able to capture robust Chinese demand.

“To further develop the Chinese market, we are encouraging the French sector to produce high and medium quality wheat for export and thus meet the Chinese need,” he said during a seminar organized by export promotion group France Export Cereales (FEC).

“We want our French partners to know more deeply the needs and expectations of Chinese customers,” he said in a video message, suggesting more technical exchanges between the two countries.

France has already shipped nearly 1.6 million tonnes of wheat to China since July.

Some traders have seen potential for 2 million tonnes over the full 2020/21 season, although shipments have waned since January, with traders citing competition from Australia’s new crop.

However, French wheat is mostly of a lower-protein type similar to China’s domestic crop, and not the kind of higher-protein wheat China typically seeks for import.

Li Zhao Yu, FEC’s representative in Beijing, echoed the need for French wheat to raise its quality specifications, telling the conference it would face increasing competition from other origins, including Kazakhstan, which has a border with China.