French Wheat Shipments Outside EU at 4-Year Low in August 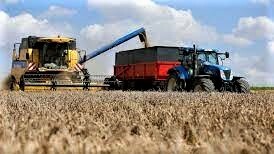 Paris, FR — French soft wheat shipments outside the European Union fell to a four-year low for the month of August, despite a large volume sent to China, as activity eased after a poor harvest, Refinitiv data showed.

Reuters reported that soft wheat exports to destinations outside the EU totaled 644,000 tonnes in August, the second month of the 2020/21 season, an initial estimate based on Refinitiv loading data showed.

That was the smallest August volume since 2016/17, although above a very low level seen in July.

China was the largest importer of French soft wheat for the month outside the EU, accounting for 255,000 tonnes.

Algeria, usually the biggest outlet for French soft wheat, was in second place with 179,000 tonnes.

Brisk Chinese demand for French wheat and barley has continued from last season, supported by a grain import drive by China and its trade clash with Australia.

However, limited French supplies may keep wheat exports below a 2019/20 volume of around 1.6 million tonnes, traders said.

A sharp fall in France’s harvest this year due to adverse weather will reduce soft wheat exports outside the EU by half compared with a record 2019/20 volume of 13.5 million tonnes, consultancy Agritel has forecast.

For sea exports within the EU and to Britain, soft wheat shipments last month were 98,000 tonnes, while all-grain shipments totaled 215,000 tonnes.