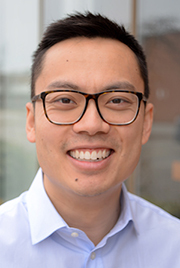 There are a host of methods employed by millers to help control pathogens in flour products, from heat treatment, ozone and chlorine treatments, to E-beam technology, cold plasma, proprietary heat treatments, and chemical treatments during tempering.

While various methods all have their pros and cons, especially in terms of costs, this presentation focuses on the effectiveness of using a proprietary organic acid treatment during the tempering process to control pathogens like Shiga toxin-producing Escherichia coli (STEC).

It provides up to a five-log (99.999%) reduction of pathogens with the focus being on E. coli, which has been validated by third-party laboratories. Furthermore, this result was achieved without impacting the quality and milling characteristics of wheat. A third-party laboratory also has validated that Neo-Temper demonstrated higher efficacy than lactic acid treatments. For example, Neo-Temper’s efficacy was up to a thousand times higher (or by a three-log reduction) than lactic acid.

What follows are some of the technical details associated with the Neo-Temper food safety solution for flour.

At the basic level, Agri-Neo’s liquid product, Neo-Temper, aims to prevent pathogens from contaminating wheat flour by providing an organic-certified, non-thermal control method that is integrated right into the tempering process.

One of the very unique properties of Neo-Temper is that it biodegrades completely. All the active ingredients turn into water and a negligible amount of carbon dioxide, making it very friendly in terms of use by operators.

Neo-Temper is able to cover each wheat kernel or berry uniformly, get into cracks and any other crevices that could present harborage points for pathogens, and it achieves lethality or destruction of these pathogens within seconds.

One of the very unique properties of Neo-Temper is that it biodegrades completely. All the active ingredients turn into water and a negligible amount of carbon dioxide, making it very friendly in terms of use by operators, as well as not having any sort of detrimental impact on quality of the end product.

Besides providing up to a five-log (99.999%) reduction of pathogens such as E. coli, it also provides broad spectrum control of other potential pathogens, such as aerobic bacteria, yeast, mold, and coliform.

In testing trials, tempering with Neo-Temper also showed that the end flour product’s functionality and sensory qualities were unchanged.

Neo-Temper has been approved by the U.S. Food and Drug Administration (FDA), U.S. Environmental Protection Agency (EPA), and Health Canada for this specific use as an anti-microbial and anti-pathogen control in flour.

Neo-Temper also is certified as an organic product under the U.S. Department of Agriculture’s (USDA) National Organic Program standards and the Canada Organic Regime Standards, which are implemented by the Canada Organic Office (COO), part of the Canadian Food Inspection Agency (CFIA).

To prove that Neo-Temper can be a viable food safety solution for flour, multiple validation steps were performed, such as in the laboratory, in pilot mill trials, and in commercial-scale trial runs.

Starting in the lab, it was determined that Neo-Temper exhibited efficaciousness against the actual STEC serotype that was important to the testing experiment.

(Editor’s note: Serotypes are groups within a single species of microorganisms, such as bacteria or viruses, which share distinctive surface structures. For example, Salmonella bacteria look alike under the microscope but can be separated into several serotypes based on two structures on their surface:

• The outermost portion of the bacteria’s surface covering, called the O antigen.

• A slender threadlike structure, called the H antigen, that is part of the flagella.)

In examining the serotypes that have been implicated in flour recalls, E-coli O26 or E-coli O121 represent the two most common ones involved, as well as E-coli O157:H7, among some other serotypes.

With any food safety method, it’s first important to prove that the method is efficacious on the actual pathogen serotype. This initial testing and validation step was performed in a laboratory setting, where it was shown that Neo-Temper was efficacious against pathogen surrogates.

Initial testing in the laboratory with pathogen surrogates is very important, because in a pilot mill and eventually a full-scale mill setting, it is not feasible to use actual pathogens considering the posed biohazard dangers to the whole mill.

Consequently, it’s important to find surrogates that are robust and are at least as hard to kill, if not more difficult to eradicate, than the actual pathogen.

For example, third-party laboratories were involved in examining how well Neo-Temper could control two different surrogate sets, both from Enterococcus faecium (a very common surrogate that’s used in testing low-moisture foods), as well as a cocktail of non-pathogenic E-coli surrogates that were provided by the USDA.

In the product testing, Neo-Temper was able to kill these two surrogate sets very effectively.

These two surrogates also proved to be as robust, if not more so, as the STEC pathogen, in terms of their difficulty to be eradicated. In short, this type of testing can help reveal the product’s uppermost level of effectiveness in controlling pathogens in real-life conditions.

Moving from a successful pilot-scale testing to a full-scale commercial validation is very important, because it can begin to indicate more accurately how well the solution can perform when subjected to a much larger volume of wheat, unlike in the laboratory or pilot mill settings.

After completing the laboratory validation testing, it was then important to move into a pilot-scale setting with a number of current flour milling companies in the United States and Canada.

In a pilot mill setting, Neo-Temper was utilized at different rates on wheat that had been innoculated with Enterococcus faecium.

These tests were necessary to prove that the effectiveness of this treatment could be scaled up to the commercial level.

Testing in a pilot mill setting also is critical in order to confirm that tempering wheat with Neo-Temper didn’t adversely affect the functional and other important attributes of flour in finished products.

Moving from successful pilot-scale testing to full-scale commercial validation is very important, because it can begin to indicate more accurately how well the solution can perform when subjected to a much larger volume of wheat, unlike in the laboratory or pilot mill settings.

In working with Agri-Neo’s commercial milling partners, the delivery system setup was kept as simple and efficient as possible.

For example, since Neo-Temper consists of two components, the setup involved two peristaltic pumps that are connected to each other via a T-line (see photo below).

The T-line can be connected to an existing water line where the water already is being pumped into a dampener or turbolizer, allowing the Neo-Temper solution to be applied directly to the wheat as the tempering process begins.

In this phase of the process, a small portion of the water also is being removed and replaced with the appropriate rate of Neo-Temper to achieve the desired pathogen log kill.

Les de Moulins Soulanges Mill, which is based outside of Saint-Polycarpe, QC, Canada, which is one of Agri-Neo’s commercial milling testing partners, participated in a validation case study.

There were three main objectives involved in the validation testing study with Soulanges Mill. They were to:

1. Identify an appropriate surrogate for STEC.

2. Confirm the log reduction that Neo-Temper could achieve on the final flour product under normal tempering conditions and normal flour milling conditions.

3. Examine and evaluate the functionality of the flour under post-Neo-Temper treatment conditions vs. a regular water treatment currently being used.

Basically, the methodology in the validation testing remained the same. The wheat was inoculated with Enterococcus faecium. A liquid surrogate was used to achieve uniform coverage and penetration into the harborage points in the wheat.

As Chafik Baghdadi, director of research and development/quality assurance, Soulanges Mill, summarized: “Neo-Temper was shown to be a cost-effective technology that could keep our milling processes unchanged while achieving food safety.”

All the above articles can be accessed online by going to: millingjournal.com/digital-editions or by scanning the QR code.

This article is based on a presentation by Robert Wong, president and co-founder of Agri-Neo, Inc., Toronto, ON, Canada (416-255-9555)/robert.wong@agri-neo.com), given online at the 2020 International Association of Operative Millers’ (IAOM) All-District Virtual Conference and Expo, Sept. 15-17, 2020.

Wong leads commercialization of the company’s food safety technologies. He is focused on developing new products that meet the needs of Agri-Neo’s partners and the broader food supply chain. He also works closely with the flour milling industry and regulators to solve pathogen and microorganism issues and food safety validations.

He has successfully executed a number of food safety validation programs at major flour milling companies across North America using Agri-Neo’s Neo-Temper product in the tempering process. He also is a recognized thought-leader in food safety who has led many discussions on this topic in the food industry.

IAOM members who registered and paid for the virtual conference still can view the presentation using their provided unique link.

This article is a partial excerpt of some key highlights of comments related to this presentation, which have been edited for clarity and brevity.

• From an efficacy perspective and even at a low rate, Neo-Temper was able to achieve a three- to nearly a four-log reduction in killing the pathogen surrogate, when the untreated flour was compared to the treated flour.

• In comparing the Neo-Temper treated vs. untreated wheat, the key attributes for functionality, protein, moisture, ash, absorption, development time, stability time, dose off, and falling number were very comparable and not statistically significant.

• In baking tests. it was noted by the flour millers that there was no significant difference in rising, appearance, texture, or taste in comparing the untreated control vs. the Neo-Temper-treated wheat flour. The baked bread tests that were performed also showed very comparable results, in terms of bake strength, volume, height, water absorption, mix time, and symmetry, to mention a few.

• For cookies and pancakes, there were again very similar, comparable results, in terms of appearance, spread, flavor, aroma, and texture, when comparing treated and the non-treated flour.

• The key takeaway is that the quality and functionality of flour treated with Neo-Temper is highly comparable to the flour that’s being sold today with no food safety treatment.

This article is taken from the Frist Quarter 2021 MILLING JOURNAL