The net importer of wheat has reported incremental increases since 2007. 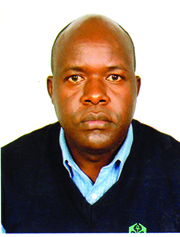 This article was taken from the First Quarter 2021 MILLING JOURNAL

Landlocked Rwanda, a net importer of wheat, in recent years has shifted focus to expanding the area under cultivation of the crop and embracing new wheat varieties to ramp up production.

Rwanda, a member of the East African Community (EAC) regional economic union – which also includes Burundi, Kenya, South Sudan, Tanzania, and Uganda – since 2007 has reported a steady increase in wheat production, though in small quantities compared to neighboring producing countries, and still relies on imports for up to 80% of its wheat requirements, estimated at more than 180,000 metric ton annually.

The country, with an estimated population of 13 million people, spends an average of $34 million to $40 million on wheat imports every year.

Plans to increase the national wheat output levels, estimated now at 80,000 metric tons from about 55,000 hectares of land, have largely hinged on the introduction of new wheat varieties by the state-owned Rwanda Agriculture Board (RAB) in wheat producer districts with the support of development partners such as World Bank.

RAB says since 2017 it has released 10 new wheat varieties that “are bakers’ choice on both national and international markets.”

The wheat varieties, which have been developed at the board’s own research stations in wheat growing zones in northern Rwanda, are not only adaptable to other potential wheat-growing regions in the country but also are “highly yielding” according to RAB.

More than 62% of the seed is being distributed through ag dealers with the government supplying a possible 23%. Other suppliers are non-government agencies, agricultural cooperatives, and other market avenues accounting for 4.6%, 3.27%, and 4.55% respectively.

Previously, the World Bank, which supports Rwanda’s initiative to scale up wheat production through the Transformation of Agriculture Sector Programme Project, attributed the lack of appropriate wheat for baking flour to the preference by wheat farmers for wheat that is ordinarily suitable for wheat porridge boiling but with no quality for milling flour that could be used to make other wheat-based food products. 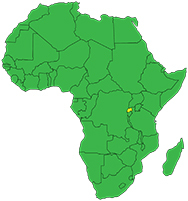 During the 2020 production year, an estimated 44% of the wheat produced in Rwanda was consumed by producing families and about 39% was sold to local markets while a small portion found way to milling companies according to statistics by RAB.

Rwanda, which imports more than 120,000 metric tons annually to partially meet its yearly demand of 186,000 metric tons, has several small and medium milling companies that largely rely on imported wheat as feedstock and have to grapple with small domestic wheat supplies that is not of good quality and at times highly priced.

Leading wheat millers, such as Pembe Flour and Bakhresa Grain Milling Rwanda Ltd., an affiliate of the Bakhresa Group of companies, are not only sourcing quality wheat from countries such as Australia, Canada, Russia, and Argentina, but also experimenting with their own wheat production to feed their wheat processing plants.

For example, Bakhresa Grain Milling Rwanda Ltd. – which has a milling capacity of 500 metric tons per a day and wheat storage capacity of 12,000 metric tons – had previously received support from the International Finance Corporation for its $24 million investment in a milling complex supplied by Swiss firm Bühler that also owns the biggest milling school located in Kenya’s capital, Nairobi. Bakhresa has operations also in Tanzania, Zanzibar, Uganda, Kenya, Burundi, Malawi, Mozambique, and South Africa.

Other millers in the Rwandan wheat milling market include Sosoma Industries, Gitare Mills, Azania, Bugesera Agribusiness Company, and Mini Mex Ltd., among others.

For example, in Tanzania, despite a sustained production of 100,000 metric tons annually since 2017, the country’s domestic consumption has outstripped supply by more than 900,000 metric tons, hence millers and other consumers have to import 90% of the wheat, mainly from Tanzania, which commercially imports wheat from Russia, Australia, Canada, Germany, and Brazil, and can be a potential ready market for Rwanda’s wheat.

The trend of relying on wheat imports to meet local consumption in Rwanda and the rest of East Africa is pronounced across the African continent, where a growing population, changing food preferences, and socioeconomic change associated with urbanization has pushed up wheat consumption over the last 20, years according to the African Development Bank.

In fact, wheat imports account for 60% of African’s wheat consumption and 80% of Sub-Saharan Africa (SSA) countries according to the bank.

Meanwhile, ongoing private sector initiatives in East Africa are expected to support growth of Rwanda’s wheat market especially in production processes, post-harvest handling procedures, and marketing of the crop at the regional level.

EAGC CEO Gerald Masila explains that the hub, commonly referred to as the G-Hub, is a system with a digital mechanism for aggregating the demand of farm inputs and services by farmers.

“The aggregated requirements create orders that are channeled to different agro-input dealers,” he says.

Rwanda has 20 G-Hubs serving an estimated 19,000 grain farmers that have improved “the farmers’ access to inputs, finance, and output markets.”

Rwanda’s wheat market also is being impacted by the existence of commodity agreements under the free trade areas, such as the Common Market for Eastern and Southern Africa (COMESA) and the East African Community (EAC) common market.

For example, the EAC has the East African Standard (EAS), which prescribes the requirements and methods of sampling and testing for wheat flour intended for human consumption. Production of wheat in any of the EAC countries, including Rwanda, has to take into account the EAS if the flour from the milled produced wheat is destined for the regional market.

During the 2020 production year, an estimated 44% of the wheat produced in Rwanda was consumed by producing families and about 39% was sold to local markets ...

Rwanda has 20 G-Hubs serving an estimated 19,000 grain farmers that have improved “the farmers’ access to inputs, finance, and output markets.”