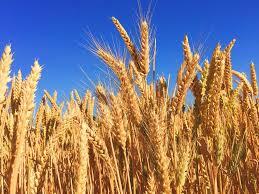 Romania, has been among the largest grain sellers in the European Union, and along with France and Russia, is an active exporter of cereals to Middle East, with Egypt the main buyer.

It harvested a meager 6.4 million tonnes last year, a 38% drop on the year from 2.1 million hectares, and farmers and traders see a slightly higher acreage, mild winter, and optimal soil humidity helping it reap about 8.5 million to 10 million tonnes.

“The crops look good, wheat is developing normally, the winter was relatively good, and plants did not suffer from frost,” said Mihai Anghel head of Cerealcom Dolj, one the largest agribusinesses in Romania, with 25,000 hectares of farmland.

Anghel sees “a level of 10 million tonnes perfectly achievable” if more rainfall occurs over the next weeks in May.

The National Meteorological Institute said moisture reserve in soil depth up to 1 meter should stay “within satisfactory limits, close to optimal, optimal in most regions of Romania.”

Nicu Vasile, head of the LAPAR League of farmers, whose members work 870,000 hectares farmland, said favorable weather will help boost average yields to 3.8 tonnes per hectare from 2.9 in 2020, that should result in a 8.5 million-tonne harvest.