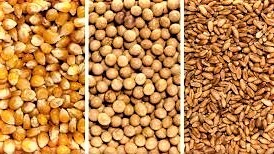 Chicago, IL - Strong domestic demand will keep U.S. stockpiles of corn and soybeans near seven-year lows even after farmers harvest the crops they are currently seeding, the government said May 12.

The stocks estimates were in line with market expectations but the report showed that the recent gains in ag commodities, highlighted by soybean futures’ rally to a nearly nine-year high this week, are likely to continue, according to a report by Reuters.

“You could make the argument that the market has been undervalued for the last several months,” said Joe Vaclavik, president of Standard Grain.

The U.S. Agriculture Department’s monthly World Agricultural Supply and Demand Estimates report also showed that rising demand from the feed sector will push wheat stockpiles to a seven-year low by June 2022 as livestock and poultry producers scramble to find cheaper proteins for their animals’ diets.

Exports were seen falling for corn, soy, and wheat versus the prior crop year.

The report projected a 4.5% increases in corn usage by ethanol producers in 2021/22 as more of the corn-based fuel is needed for drivers returning to the roads as the COVID-19 pandemic eases.

For soybeans, demand from crushers that process soybeans into soymeal for animal feed, was seen up 35 million bushels to 2.225 billion.

Demand for wheat from the feed sector was seen rising 70% to 170 million bushels.