Bartlett Milling Investing Up to $28 Million in Expansion at Wilson's Mills, NC, Mill 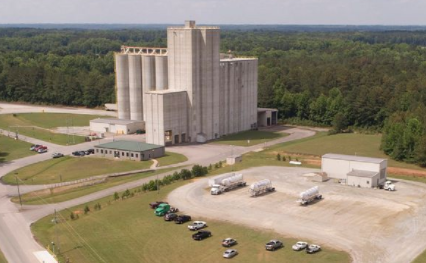 The company will invest as much as $28 million in expanding and upgrading its production facility at 5000 Wilson’s Mills Road, according to a news release from Johnston County Economic Development.

“Congratulations to this growing global company on the success that has led to this major expansion,” said Chad M. Stewart, chairman of the Johnston County Board of Commissioners.

“Agribusiness and food processing have long been a central part of Johnston County’s economy, and today’s announcement by Bartlett Milling is strong evidence that the sector is alive and well here.”

Bartlett Milling is headquartered in Kansas City, Mo., and has been in continuous business for 114 years. B

artlett Milling in Johnston County produces a full line of commercial patent flours for bakeries, restaurants and institutional food service operations such as schools and hospitals.

The existing Bartlett Wilson’s Mills facility, constructed in 2000, was acquired by Bartlett in 2007 from Midstate Mills, Inc.

Bartlett is the largest flour miller in the Carolinas and is part of Savage Enterprises, LLC. Savage operates in 33 states, Mexico, Canada and Saudi Arabia with operations in energy, logistics management, agriculture, transportation and environmental cleanup services.

“We are excited about expanding our operations to better serve our customers in North and South Carolina,” said Bob Knief, president of Bartlett “This new production line will primarily process soft wheat, creating increased opportunities for area farmers to market their soft wheat crop.”

Bartlett Milling will invest from $26 million to $28 million in expanding its Johnston County facility.