With temperatures heating back up, combines are once again rolling across southern Kansas.

Reports of increased dockage are starting to emerge — credited to the extreme temperature swings throughout the growing season, followed by a wet May — but combine drivers are quickly adjusting their machines to address the issue.

Alex Gerard, manager of Gavilon in Wichita, reported farmers were back in the field by Tuesday afternoon (June 22), following an inch of rain across much of Sedgwick County on Sunday that delayed harvest.

Gavilon does not take in much wheat directly from farmers, instead taking from area cooperatives.

Wheat harvest in the area is more than half complete in Gavilon’s draw area, which extends from Newton to Pratt to the Oklahoma border.

Gerard said there have been very few issues with moisture, and test weights are averaging more than 62 pounds per bushel.

Protein continues to average around 10%.

The most prevalent issue, he said, is increased dockage.

While it’s still too early to give an overall impression, Gerard anticipates harvest will finish a little better than last year’s crop.

He and his grain industry colleagues are watching closely as harvest extends out from south central Kansas.

Meade Cooperative Elevator and Supply has locations in Missler, Meade, and Engelwood.

He estimated the area is roughly a third through wheat harvest, having started on June 14.

Despite the big swing, the wheat has maintained a heavy test weight at more than 63 pounds per bushel on average.

Protein has remained below average.

“Overall, farmers are going to have a good harvest with slightly above average yields across the board,” Schlochtermeier said.

He also reported seeing very small, underdeveloped kernels that fall through the screen and end up as dockage, contributing to slightly higher dockage rates than normal.

Skyland Grain’s Dermot location in Stevens County has been running consistently since last Wednesday (June 16), and the location has been pulling in quite a bit more hard white winter wheat (HW) than hard red winter (HRW) wheat.

Yields are averaging 40 to 50 bushels per acre, with test weights ranging from 55 to 64 pounds per bushel. 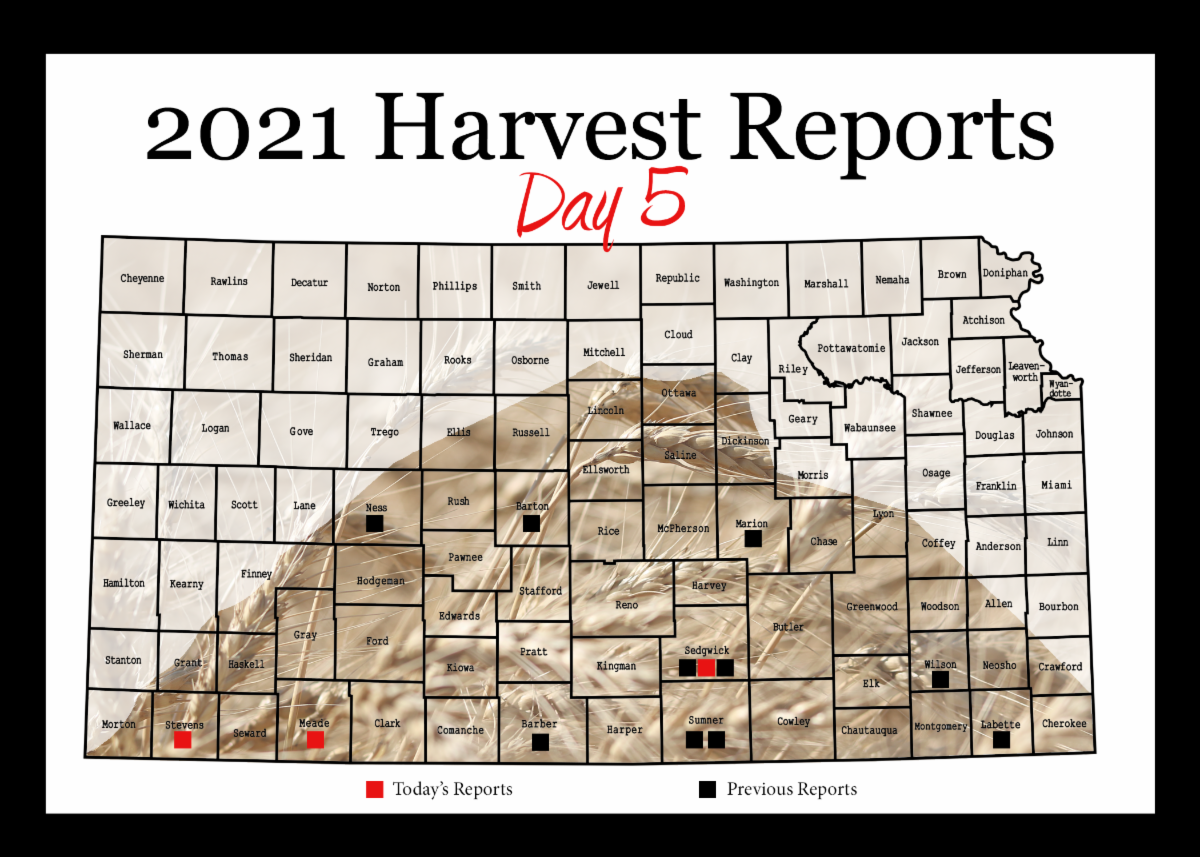