Moisture levels remain a key determining factor of when and where farmers are able to combine and, with storms in the forecast, farmers are cutting the fields they can ahead of the arrival of the impending front.

Jacquelyne Leffler is the CEO of Leffler Prime Performance in Americus.

She reported farmers in Lyon County in eastern Kansas have been battling higher moisture due to increased humidity but still are finding dry enough fields to cut.

She noted a lot of green stems on ripe wheat as fungicide applications kept plants healthy and alive.

But, even on fields where no fungicide was applied, grain moisture content has been slow to dry down, delaying combining.

Producers in the area are eager to harvest their wheat, so wheat stubble can be double-cropped into soybeans.

Leffler reported yields ranging from zero to 60 bushels per acre as some wheat succumbed to too much moisture in the final weeks before harvest.

Kylo Heller, who farms in Lincoln County in central Kansas, is seeing better wheat than he expected.

He reported yields from the high 60s to low 70s with test weights ranging from 60 to 65 pounds per bushel.

He applies nitrogen to help improve protein levels and shared that the local elevator is evaluating wheat loads in the area, ranging from 11% to 12% protein.

Heller said the area did see significant presence of stripe rust, but fungicide applications and selection of resistant varieties kept most of the damage at bay.

He reported early signs of yellow spot and wheat streak mosaic virus, but nothing that put undue pressure on the wheat crop.

Tyler Ediger, who farms and produces seed wheat with his family in Meade County, also reported yields are above average, mostly due to timely rains received throughout the growing season.

His protein is highly variable, ranging from 9.5% to 13% with test weights between 60 and 65 pounds per bushel.

Ediger is halfway through harvest, depending on any rain delays. 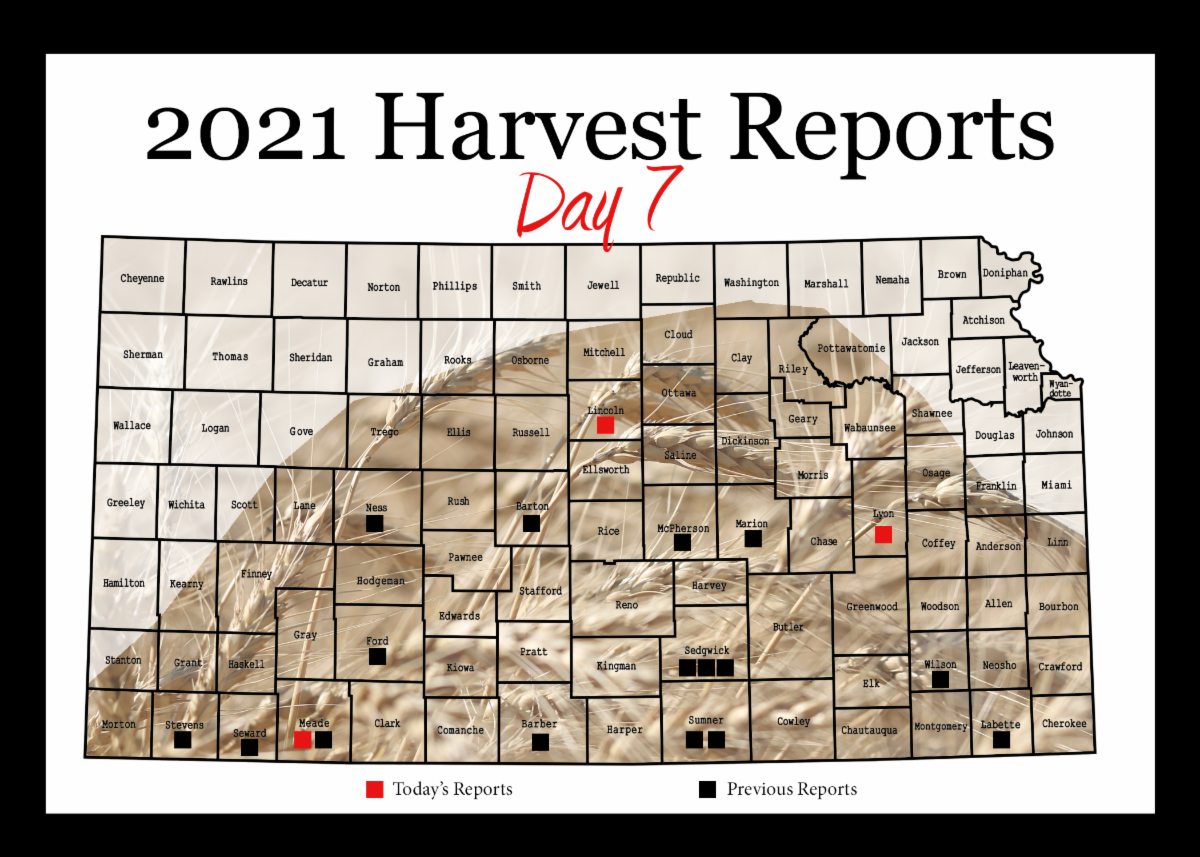