Kansas farm families are mentally ready to transition from wheat harvest to focusing on their local county fair and other summer activities, but combines are still running across much of the central and northern tiers of the state.

An atypical growing season has resulted in a highly variable wheat harvest, but farmers who are planting superior genetics and managing their crops intently are seeing their efforts pay off at the elevator.

Doug Keesling, who farms in Rice County, is finally wrapping up his harvest after beginning on June 20.

Keesling’s wife, T.J., operates the combine through the field while the couple’s two young daughters ride along.

Doug drives the semis to the elevator to unload, a son runs the grain cart, and another son makes a parts run.

This family operation is hoping to wrap up the last field on Friday (July 9) after rain delays have kept them out of the fields for nearly a week, two different times this harvest.

Yields are good in the mid-50 bushels per acre, better than the 10-year average, but nothing like they anticipated.

After a series of rains during harvest, the test weights have dropped to 59-60 pounds per bushel.

Some of the wheat is laid over, which means the combine has to be set to cut much lower.

Keesling, who planted mostly Bob Dole, says variety selection has made a big difference in how the crop has turned out.

He didn’t apply a fungicide because Bob Dole is resistant to stripe rust, but a neighbor who planted susceptible variety Everest noticed a huge improvement with a fungicide application.

Keesling also attributed planting dates and when the fields were able to be harvested to variability in quality.

Over the past three weeks, he has struggled to find wheat that was dry enough to cut.

Proteins are averaging in the mid-11%.

On over half his wheat acres, Keesling followed the combine with a planter to put in double crop soybeans.

Cover crops will be planted in the fallow fields over the summer to maximize carbon load.

“This rain is negatively affecting the wheat market because it’s following the markets for soybeans and corn,” Keesling said.

“The rain isn’t helping the wheat, but rather delaying the harvest and decreasing the quality.”

The Keeslings are delivering their wheat to Bartlett Grain in Great Bend, where Del Adcock, origination manager, said the area is 90-95% complete.

He said the first 40% of harvest went rather quickly after custom cutters finally arrived in the area, but since then rain has caused delays.

Adcock said there has been quite a bit of variability in the wheat, but overall, it’s around average.

During much of the growing season, it looked pretty poor, but the rains in May helped, and yields are averaging 40 to 70 bushels per acre.

Overall, protein is a little lower than average in the area.

Test weights have held around 60 pounds per bushel, but have decreased slightly with the rains.

He said fungicide usage was high, and most growers were pleased with the return.

“We understand how busy harvest is for farmers, drivers, and elevators, and as it’s winding down, we appreciate everyone’s efforts for a safe and productive harvest,” said Andrew Fullerton, Bartlett’s merchandising manager.

“Overall, it is a really good quality crop that we’re looking forward to selling to our own flour mills and export market.”

After taking in their first load around June 20, this year’s harvest has “been a long, drawn-out affair.”

Following scattered rains, Gantz said there is a continued decrease in quality.

Proteins have been all over the board, but averaging around 10.8%.

Moisture has not been a problem, even with the rainfall.

Yields have also been highly variable, hovering around 50 to 52 bushels per acre.

There are some extraordinary yields out there — above 80 bushels per acre — from producers that intensively managed the crop, including spraying fungicide and applying plenty of fertilizer, Ganz reported.

By contrast, less-managed fields suffered from a week of triple-digit heat right before harvest that cost some yield, caused some shriveling and presented some disease pressure from wheat streak mosaic virus.

Overall, Gantz said it has been an unusual growing season.

The wheat came out of the winter with less-than-desirable stands, got atypical growth in the spring with moisture and filled nicely thanks to the continually cool weather in May.

He also noted producers are better about managing fields, and there’s a good number of varieties available to produce well.

“Top yields this year are better than our best yields in 2016 (a benchmark year for the area), and the lower yields are not as poor as the low yields in 2016,” Gantz said.

“We’ve got the opportunity to raise some really great wheat out here now.” 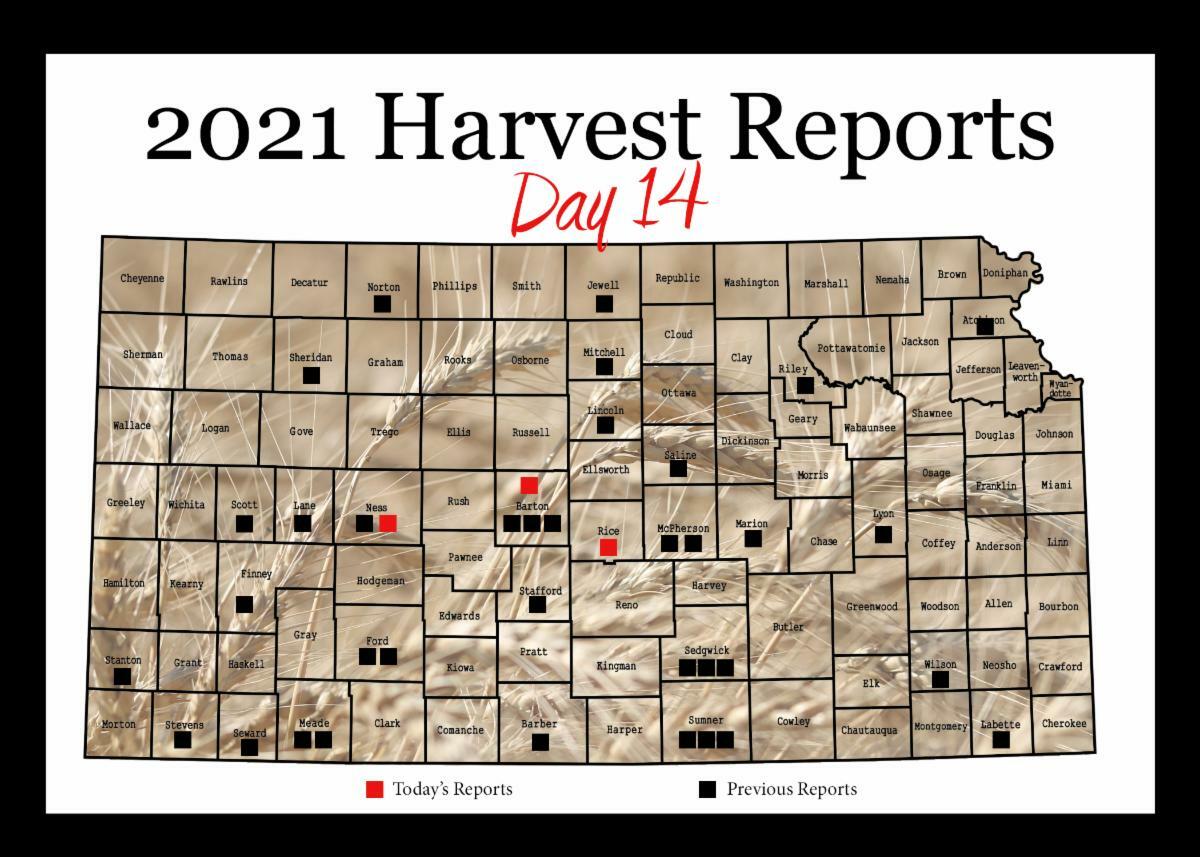