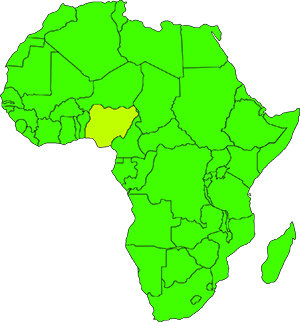 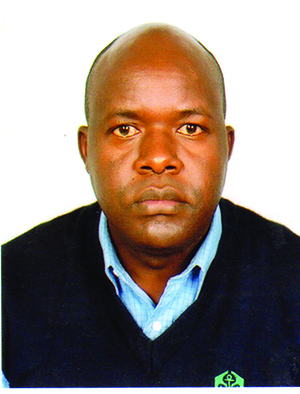 Restrictive market policies in Nigeria, combined with an increasing state of insecurity in wheat-producing regions and a persistent COVID-19 pandemic, continue to stifle production and marketing of wheat and wheat products in the country of 201 million people.

Data shows that wheat milling in Nigeria and the price of flour, bread, and other wheat derivatives has been increasing, as its government insists on a controlled foreign exchange regime despite the country producing a mere 2% of its wheat requirements between 2010 and 2020. It has relied heavily on imports to plug this deficit.

In fact, projections show Nigeria could import up to 5 million metric tons of wheat in the 2021/2022 production year compared to domestic production of 55,000 metric tons over the same period. The wheat imports account for 40.7% of Nigeria’s total agricultural imports estimated at $950 million.

As Nigeria’s Central Bank (CBN) restricts access to foreign exchanges on agricultural commodities including wheat, importers are forced to seek alternative sources mostly through the black market, where the exchange rate is much higher than official rates.

“Many of the milling companies have started looking at partners like subsidiaries or parent companies outside of Nigeria for help in getting U.S. dollars,” says Ebenezer Boluwade, agricultural specialist with the United States Department of Agriculture’s (USDA) Foreign Agriculture Service.

In the short term, USDA predicts the Nigerian government “is unlikely to change its foreign exchange policy to help increase wheat, soybean, and corn imports,” he notes.

In the short term, USDA predicts the Nigerian government “is unlikely to change its foreign exchange policy to help increase wheat, soybean, and corn imports,” he notes.

Wheat millers such as Flour Mills of Nigeria, Olam Nigeria, Dangote Flour Mills, Honeywell Flour, Life Flour Mills, Pure Flour Mills, BUA Flour Mills, and the country’s bakers are unable to maintain affordable prices for consumers of flour, bread, and other wheat derivatives because of the high cost of importation and milling. “This situation is negatively impacting the price of wheat products like bread,” says Boluwade.

He cites an example that the price of bread and other wheat derivatives has increased between 10% and 15% over the past one year “due to high costs of production by the millers and bakers.”

According to Kabir Ibrahim, national president, All Farmers Association of Nigeria (AFAN), who spoke with Milling Journal through email, “The high price of wheat flour has led to serious price hikes in the price of bread which almost everybody consumes in Nigeria.”

Likely in response to concerns of increasing flour and bread prices, the CBN has been trying to revive the Nigeria Commodity Exchange (NCE) with a focus on stabilizing the prices of agricultural commodities. The government recently injected $122 million into the NCE in a resuscitation bid, although the impact of the financing is yet to be determined.

On the other hand, the Nigerian government also has recently directed wheat millers to pay farmers $400 per a ton, far above the international average prices, to entice more local output.

To further discourage wheat millers from importing their wheat requirements, the government also has imposed a 20% duty on imported wheat despite local production being less than 5% of what the millers need annually.

The 20% duty on imported wheat includes a 5% tax on the imports and a 15% levy that is channeled ostensibly to Nigeria’s wheat farming development program, which is targeting expansion of wheat production through innovation, increasing investments, and collaborations.

On the other hand, the Nigerian government also has recently directed wheat millers to pay farmers $400 per a ton, far above the international average prices, to entice more local output

The wheat industry’s output is approximately 0.06 million metric tonnes “that is barely able to cover local demand of over 5 million metric tonnes, despite the Agricultural Promotion Policy (APP) that set 2018 as the target year by which the nation would have attained self-sufficiency in wheat production,” observed PwC.

Projections show Nigeria’s total wheat production could be around 55,000 metric tons harvested from an estimated 60,000 hectares in 2020/2021 from the producing States of Borno, Bauchi, Yobe, Kano, Jigawa, and Zamfara.

The constrained production has been attributed to the increasing insecurity in Nigeria’s wheat-producing regions, lack of adequate use of modern technology in wheat farming, limited access to quality seeds, and the COVID-19 pandemic.

“Lack of good seeds and adequate government support of wheat farmers are some of the factors stifling wheat productivity in Nigeria,” says Ibrahim.

Even as access to good seed remains the bane of wheat production in Nigeria, he explains that there is a need to support Nigerian agricultural research institutions in “optimizing their work in producing quality seed that is adaptable to Nigeria.”

Another problem is the increasing insecurity in wheat-growing states, such as Borno and Zamfra, which saw several farmers killed in late 2020.

Amnesty International estimates 1,100 people, many from wheat-growing regions, may have been killed in the first half of 2020, with another 2 million displaced.

According to Boluwade, “Banditry and kidnapping activities have reached high levels in northwest Nigeria, which is the primary wheat cultivation region.”

“Currently, these states are under intense military operations to expel terrorists and bandits [hence] these restrictions make it highly difficult for farmers,” he adds.

Wheat production in Nigeria also has not escaped the adverse effects of climate change, especially the increasing unpredictability of weather.

For example, USDA cites the diminishing size and economic vibrancy of Lake Chad, once one of Africa’s largest freshwater bodies and a source of livelihood for about 30 million people, due to climate change. This has “impact[ed] food systems, especially wheat production.”

Elsewhere, Nigeria’s wheat production and milling has been affected by the COVID-19 pandemic that restricted movement and suppressed farm activities countrywide, with PwC saying the challenges of attaining food security in Nigeria “could deepen” further.

According to Boulwade, “Banditry and kidnapping activities have reached high levels in northwest Nigeria, which is the primary wheat cultivation region.”

“The impact is already being felt in the form of rising food prices,” PwC says. Furthermore, the restrictions that came with COVID-19 would “hamper food distribution, which could result in post-harvest losses, reduced market supply, and further increases in food prices.”

A report by USDA shows Nigeria has increased wheat imports from the Black Sea region “due to lower prices.” Nigerian wheat millers also source their wheat from Australia, Canada, Russia, and the United States.

“To reduce the domestic price of wheat flour and sustain profitability, most Nigerian flour mills have shifted to buying cheaper wheat from Latvia and Lithuania,” USDA data shows.

Going forward, the Nigerian wheat sector would need to actualize the Anchor Borrower Program, like it has done with rice, to spur local production and strengthen wheat distribution channels.

“In 2015, the government kick-started the drive for rice and wheat production with the CBN evolving an Anchor Borrower Program,” adds Ibrahim, “but although the rice value chain has effectively taken off, the wheat program is not quite there.

“AFAN, through the Wheat Farmers Association is imploring the CBN to firm up the ABP component for wheat,” he adds.

However, Ibrahim believes in Nigeria. “There is a very strong lobby for the continued importation of wheat, otherwise some level of sufficiency should have been attained by now, similar to rice.”