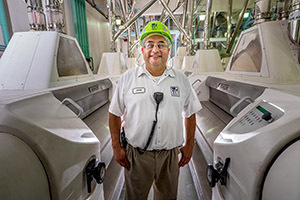 The company expects to invest as much as $28 million on the project, according to a news release from Johnston County Economic Development.

According to Bartlett Milling President Bob Knief, “We are excited about expanding our operations to better serve our customers in North and South Carolina.

Bartlett, the largest flour miller in the Carolinas, acquired the Wilson’s Mill facility in 2007 from Midstate Mills, Inc. It was originally built in 2000.

“Congratulations to this growing global company on the success that has led to this major expansion,” says Chad M. Stewart, chairman of the Johnston County Board of Commissioners.

“Agribusiness and food processing have long been a central part of Johnston County’s economy, and today’s announcement by Bartlett Milling is strong evidence that the sector is alive and well here.”