Developing a Universal Tempering Chart: Target Wheat Moisture Level Variable Can Be Based on Wheat Class, Time of Year 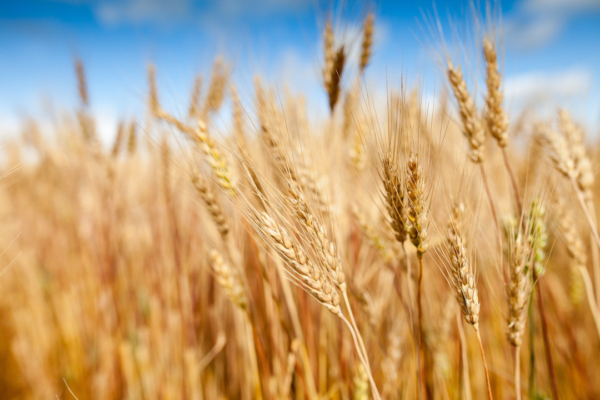 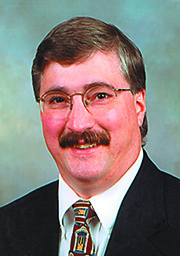 The addition of water to wheat and allowing the wheat to sit in tempering bins for a time prior to milling is a common and well-known practice in wheat milling. The process of conditioning or tempering is helpful to accentuate the difference between bran, germ, and endosperm.

Various methods of dispersing the water as a liquid or steam at various temperatures and pressures have been explored to accelerate moisture penetration and the effects of treatment on the wheat kernel. There are instances where the addition of materials such as surfactants, acids, and antimicrobials may be considered. Often such materials are added in an aqueous solution, either separately or incorporated into tempering water.

Incorporating a fixed concentration of an additive into tempering water has a drawback in that tempering addition fluctuates depending on the moisture content of incoming wheat and the target tempered wheat moisture level. Such fluctuation may not be considerable in your facility; however, when wheat crop harvest conditions change, or target tempered wheat moisture changes due to seasonal issues, such as temperature or relative humidity, the variation may impact wheat’s treatment level significantly using a fixed treatment concentration in tempering water.

Table 1 on p. 25 provides moisture content and variability information for various classes of wheat in the United States. Standard deviation ranges and the minimum and maximum moisture reflect variation in the geographical growing region for the class. The difference between soft and hard wheat is significant, as is the difference between northern and desert durum.

This offset value was determined by measuring the difference between B1 moisture and the targeted set point in the tempering program. Basically, the offset was compensation for moisture loss incurred during transfer to the mill. Positive pneumatic conveying of tempered wheat may dry out the wheat by evaporation due to the low relative humidity air of the warmed conveying air.

Operators could program the target temper moisture level that was expected at B1, and the offset would provide just a bit more water to ensure the wheat arrived at B1 at the targeted moisture level. For example, if B1 was targeted at 16% moisture and arrived to B1 at 15.5%, the offset was adjusted by 0.5%, allowing the operator to continue to set the program to target 16%.

Tempered wheat transfer systems are of varying design and length, influencing moisture loss in transfer. One could imagine a transfer system composed of screw conveyors and bucket elevators might have a lower offset value compared to a pneumatic conveying system of the same overall length.

A purist might think the calculation of the exact moisture addition level results in achieving the target moisture level for tempered wheat. Experience shows that an additional quantity of water often is required to achieve the target temper moisture in the laboratory. There are losses due to coating of tempering drums and in transfer, as well as some loss due to the heat of hydration. The addition required depends on the tempering device and environmental issues; however, it is possible to achieve and maintain target tempered wheat moisture in a very narrow range of approximately 0.1-0.2%. Don’t you just love the smell of freshly tempered wheat?

The addition of any processing aid to wheat in the tempering process should be made in a manner that allows a fixed dose or treatment level independent of tempering moisture needs. Many tempering machine manufactures suggest a maximum moisture addition in a single operation should not exceed 7%. As mentioned earlier, only 12.9% of millers reported a moisture difference greater than 6.1%, suggesting a very similar perspective between mill operators and mill equipment engineers.

A universal tempering curve was developed to provide guidance for the range of addition required to allow a separate additive stream with limited impact on tempering target moisture.

Use the tempering formula in Figure 1 on p. 25 to report the water addition expressed as a percentage of the dry wheat as shown in Table 2 above. Using this percentage shown in Table 2, at the intersection of the dry wheat moisture and target tempered wheat moisture, one can multiply the rate or weight of clean dry wheat to be tempered to determine the rate or amount of water (in the same units as clean dry wheat) to be added for tempering. For example, if the wheat rate is 300 pounds per minute, it will require 300 x 0.0545 = 16.2 pounds per minute of water to temper the wheat. This table could be graphed for the given capacity of tempering system as needed.

The concentration of an aqueous additive stream can be set at or below the range of addition shown at a given moisture difference without significant impact on tempered wheat moisture. The universal tempering chart with a single line can be used for a quick estimate of tempering water addition given the difference between dry wheat and tempered wheat target moisture content.

Dr. Jeff Gwirtz is CEO of JAG Services, Inc., an international consulting company in Lawrence, KS; 785-341-2371; jeff@jagsi.com. He also is adjunct professor in the Department of Grain Science and Industry at Kansas State University, Manhattan.