Despite pockets of hot and cold temperatures and drought, quality is good. 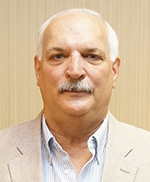 The 2021 hard red winter (HRW) wheat crop has been described as one of climactic extremes. Depending on geographic location, this included record hot or cold temperatures and record or near-record drought conditions, especially during the final stages of crop development. These conditions significantly affected not only crop characteristics and quality, but they also resulted in significant yield reductions across several production areas.

However, the diversity in the 2021 HRW crop will deliver value and opportunity to a wide range of customers in the United States and worldwide.

Even though mixing times, tolerances, and other predictive indicator tests were shorter than last year, they are longer than the five-year averages.

The loaf volumes achieved indicate there is adequate protein quality to make quality bread, exceeding the accepted industry standards for loaf volume. This crop meets or exceeds typical HRW contract specifications and should provide value to the customer.

Overall, the 2021 crop has good milling and baking characteristics and will provide customers with a very good range of quality and value.

The 2021 HRW planted acres did reflect a recovery of those at or near historic 100-year lows seen last year. However, much like last year, too much or too little moisture, hot or cold temperatures, and/or exceptional drought throughout the growing season, defined the entire 2021 crop from the Great Plains through the Pacific Northwest.

Much like last production year, eastern areas of the Southern and Central Great Plains experienced favorable growing conditions and realized near-record yields (per unit area), very good kernel characteristics, and lower protein. At the same time, freeze events and a lack of moisture during the later stages of crop development did again adversely affect the crop on the western side of the Central and Southern Great Plains, resulting in lower yields and smaller kernels but higher protein. With very few exceptions, disease and insects were again not a major issue for the 2021 HRW crop.

Much of the Northern Great Plains and Pacific Northwest faced record drought in 2021 that extended into the harvest. Major reductions in yields have been experienced in those regions, accompanied by the normal effects associated with drought on kernel characteristics (smaller kernels).

PGI operates in 12 states and pulls wheat samples yearly from approximately 500 elevators at various locations when at least 30% of the wheat harvest has been completed.

About 95% of the samples tested are analyzed by the U.S. Department of Agriculture Agricultural Research Service’s Hard Winter Wheat Quality Laboratory in Manhattan, KS, where Brad Seabourn, research chemist supervisor, oversees this testing program. The balance, or 5%, of the samples are tested by Great Plains Analytical Lab, Kansas City, MO, because of its specialized equipment, such as gluten testing.

The testing information gathered by PGI also is used extensively by the U.S. Wheat Associates for its crop quality seminars around the world.