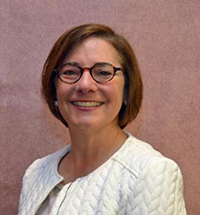 Researchers at the University of Nebraska-Lincoln (UNL) and Texas A&M University (TAMU) are working to develop hybrid wheat varieties that will increase yields and consistently produce high-quality wheat for the milling and baking industries in the face of changing climatic conditions.

The research is being funded by a three-year, $650,000 grant from the U.S. Department of Agriculture’s National Institute of Food and Agriculture (NIFA) grant program. The grant was awarded for the 2020-2023 growing seasons. It is a renewal of a $975,000 grant made in 2016 by NIFA and the International Wheat Yield Partnership.

Higher wheat yields are needed to feed an ever-increasing world population. It has been estimated that wheat productivity will have to improve by 1.4% to 1.7% per year to meet the demand of a growing population. At the same time, wheat yields have been increasing by less than 1% annually.

Jane DeMarchi, president of the North American Millers’ Association (NAMA), says that end-users of wheat like millers and bakers need to have consistently high product quality. Farmers have a more difficult time producing high-quality wheat when weather patterns are changing as rapidly as they have been in recent years.

This article is the first of a two-part series on hybrid wheat. The second article will appear in the First Quarter 2022 issue of Milling Journal and will cover seed companies’ plans to commercialize the sale of hybrid wheat seed.

“End-users always want to have consistency in their end product,” DeMarchi tells Milling Journal. “One of the attractive aspects of hybrid wheat is that it can improve the quality of the raw product, which is important for millers. That’s one of the messages we have been delivering to the developers of hybrid wheat: Quality is the number one thing for millers.”

The hybrid wheat research project that is being funded by USDA-NIFA is co-led by Dr. Stephen Baenziger of the UNL and TAMU’s Dr. Amir Ibrahim. It also includes collaborative efforts with the International Maize and Wheat Improvement Center (known by its Spanish acronym CIMMYT), based in Mexico, as well as researchers at two universities in Germany.

One of the attractive aspects of hybrid wheat is that it can improve the quality of the raw product, which is important for millers. -Jane DeMarchi, NAMA

It was at CIMMYT where Norman Borlaug conducted the research that developed high-yielding and rust-resistant wheat varieties that have been credited with saving approximately 1 billion people from starvation. Borlaug was awarded the Nobel Peace Prize in 1970 for his wheat breeding efforts.

In an interview with Milling Journal, Baenziger, who retired in May 2021 as professor and Wheat Growers Presidential Chair in the UNL’s Department of Agronomy and Horticulture, says the goal of the research he and Ibrahim and their collaborators have been conducting for the past seven years is to improve wheat’s productivity and consistency through the development of hybrid wheat varieties. Although he is retired, Baenziger says he will continue to work on the hybrid wheat research project that is underway.

Over the past seven years, Baenziger and Ibrahim have been able to test more than 700 experimental hybrid wheat lines by using a chemical hybridizing agent from Asur Plant Breeding, a French company that produces both conventional and hybrid wheat varieties. “Asur has the longest history with the chemical hybridizing agent and has been extremely gracious in letting us access it,” he adds.

Baenziger believes that private hybrid wheat research needs to be bolstered by the public research efforts at the UNL, TAMU, CIMMYT, and the two German universities. Knowledge gained from public research can be shared with everyone.

“We decided that the responsibility of building a research platform in hybrid wheat belonged in the public sector,” explains Baenziger, “so that any of the commercial companies working on hybrid wheat could use that public research as a foundation platform.”

Several seed companies conducted hybrid wheat research in the 1980s and 1990s, he notes, but the companies ceased their efforts when it proved to be difficult to commercialize hybrid wheat successfully.

There was little research conducted into hybrid wheat between the time private companies dropped their efforts in the 1990s and research was revived seven years ago by the UNL and TAMU collaboration. That time gap meant that the researchers from the two universities had to start almost from scratch, notes Baenziger.

“Through trial and error, we have worked with our German colleagues to make genomic tools to predict which hybrids you should make through hybrid vigor,” he remarks. “Our German colleagues have a method to select the hybrid parents to make the hybrids lines. That has worked extremely well, so we have started to validate the predictions.”

Testing of the data produced from the research projects has only been going on for a year, says Baenziger, but the results have been extremely promising. “Now, we are repeating that data and making new hybrids to look for heterosis from hybrid pools so we can test the lines between the pools.”

More than 700 lines of hybrid wheat varieties have been tested as part of six different field trials: three in Nebraska and three in Texas.

According to Amir Ibrahim, a wheat breeder at TAMU’s Department of Soil and Crop Sciences in Bryan-College Station and Texas A&M AgriLife Research, hybrid wheat can produce yields of between 10% and 20% more than in-bred wheat lines. The increased yield from hybrid wheat is needed, he says, to help feed the earth’s projected population of 9.6 billion people in the year 2050. “Hybrid wheat is one way to feed all those people.”

Conventional breeding efforts in the past have increased hybrid yields by about 10%, notes Ibrahim. Currently, field trials of hybrid wheat show that it has produced higher yields of between 10% and 15%. “But we need to raise that increased yield to between 15% and 20%, at a minimum, to make hybrid wheat attractive to producers,” he says. “To compete with corn’s tremendous yield increases because of its hybridization, wheat also will need to increase its yields. We’ll continue to keep pushing for a 20% increase from hybrid wheat.”

To compete with corn’s tremendous yield increases because of its hybridization, wheat also will need to increase its yields. -Dr. Amir Ibrahim, Texas A&M University

In addition to its increased yield, Ibrahim says that hybrid wheat is more stable and climate resilient than conventional, pure-line wheat varieties when the crop is grown under stressful environmental conditions. Hybrid wheat’s stable yield in a changing climate is a trait that is becoming more important as global weather conditions become more variable, Ibrahim states.

Researchers also are working on developing hybrid wheat in the United Kingdom and Europe, including the European partners working with Baenziger and Ibrahim. “We have found that for this technology to make gains, we need the public and private sectors to make contributions to the work on hybrid wheat,” says Ibrahim. “We need more collaborators to share the work and share the knowledge.”

Baenziger predicted that the companies that will bring hybrid wheat to the market in the United States are Syngenta, Corteva, and BASF, with widespread availability of hybrid wheat expected in the next five years. “All of that is contingent on how competitive the hybrid wheat lines are in the marketplace,” cautions Baenziger. “If there is a breakthrough in pure lines of non-hybrid wheat, the seed companies will delay their commercial offerings of hybrids. Hybrid seeds are going to cost more, and farmers will have to see a way to recoup those higher costs through higher yields or greater environmental stability.”