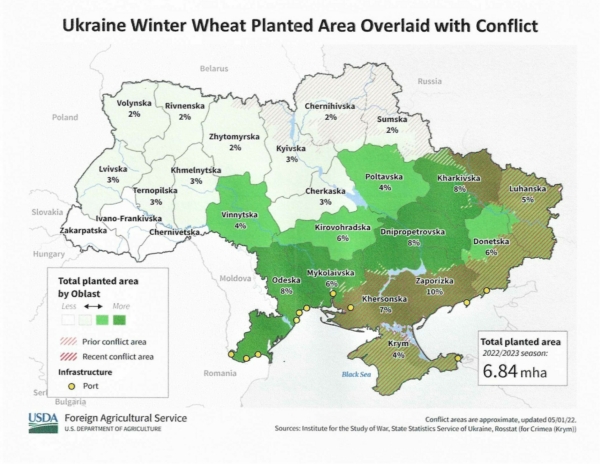 Russia's invasion of Ukraine will reduce that country's wheat production by about 35%, according to a World Agricultural Production Report published today by the Foreign Agricultural Service (FAS) of the U.S. Department of Agriculture (USDA).

Meanwhile, Russia itself is expected to produce its third-highest wheat crop on record.