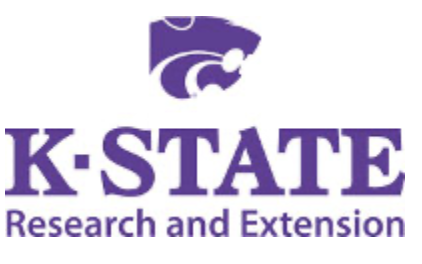 Kansas State University researchers are out to develop a better diagnostic test for a disease that is sometimes confused for a pathogen regulated by some countries that import U.S. wheat.

K-State wheat disease specialist Kelsey Andersen Onofre and a team of university scientists recently were awarded a grant for $1 million from the USDA’s National Institute of Food and Agriculture to develop a more accurate test to differentiate common bunt of wheat from Tilletia controversa, better known as TCK.

Common bunt, which is caused by the pathogen, Tilletia tritici, replaces the wheat kernels with dark masses of fungal spores leading to loss of grain yield and quality. The researchers believe that the traditional visual test of spores may sometimes confuse common bunt with TCK.

Currently in the global wheat trade, common bunt has no regulatory implications.

“TCK, on the other hand, is regulated by some importing countries,” Andersen Onofre said. “The loss of export markets due to misidentification of common bunt in Kansas would be problematic for regional wheat producers.”

In addition, the threat of lower wheat prices could extend to the local economy. According to an economic model prepared by the Kansas Department of Agriculture, the wheat industry in Kansas has a direct output of more than $1.44 billion and creates 3,215 jobs in the state. The indirect impact is $2.57 billion and 10,487 jobs.

“In the last couple years, we’ve had several grain samples classified visually as containing TCK,” Andersen Onofre said. “But this makes no sense because scientists have previously shown that TCK can not survive in the environment common to Kansas. This pathogen requires long periods of snow cover and is more common in northern parts of the United States and the intermountain West.”

According to Andersen Onofre, the current project will leverage the fundamental biological differences between these species to develop more robust and sensitive diagnostic procedures.

“Furthermore, we will evaluate our environment in light of the environmental requirements of this pathogen to develop quantitative risk assessments for these diseases in the region.”

The project is also supported by the Kansas Wheat Commission and U.S. Wheat Associates.

“The unique thing about this project is the breadth of scope,” Andersen Onofre said. “We will leverage cutting edge molecular biology tools, environmental modeling and extension programing to address this issue. The integration of these components makes this an exciting project that should move the needle in our ability to diagnose and manage these pathogens.”

"To do this well, we need a large collection of these species that represent many geographic locations. These methods will require the use of next generation sequencing and cutting-edge bioinformatics tools.”

Andersen Onofre said the project is funded for four years.