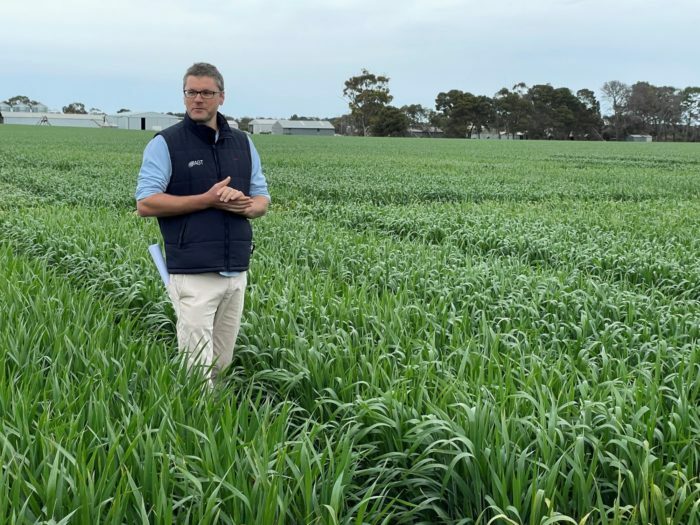 AGT on a winner as ‘Patron’ durum hits the market

(September 19, 2022) - When you name your durum varieties after Melbourne Cup winners, it’s a safe bet that each new release will need some special qualities to beat the field.

So it comes as no surprise that Australian Grain Technologies’ latest durum offering – Patron (named after the 1894 cup winner) has tested as a champion off the back of outstanding yield performance in both AGT and NVT trials, and is now the yield benchmark for durum growing regions of SA and Victoria.

Not only does Patron offer elite yields over all established varieties, but it has also recorded high test weights and low screenings in trials, and has an ADR quality classification in the Southern Zone.

According to Mr Kapcejevs, the new variety is an outstanding performer in the southern region – even when compared to popular established durum varieties.

“We view Patron as an excellent alternative to the commonly grown DBA Aurora, sharing similar maturity and adaptation patterns; and as a slower maturing complement to Bitalli. Whilst Bitalli performs best in low-medium yielding environments or those experiencing quicker finishes to the season, Patron has particularly excelled in medium-high yield potential environments.”

The disease profile of Patron is comparable with most durum varieties currently on the market, with good resistance to most foliar diseases, with provisional data suggesting that Patron offers a slight improvement in crown rot resistance over other commonly grown varieties.